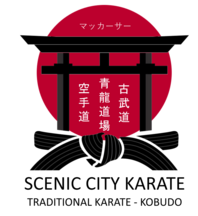 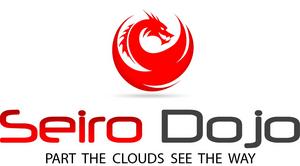 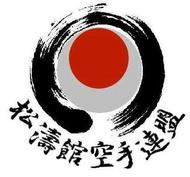 Shōtōkan (松濤館, Shōtōkan) is a style of karate, developed from various martial arts by Gichin Funakoshi (1868–1957) and his son Gigo (Yoshitaka) Funakoshi (1906–1945). Gichin Funakoshi was born in Okinawa and is widely credited with popularizing "karate do" through a series of public demonstrations, and by promoting the development of university karate clubs, including those at Keio, Waseda, Hitotsubashi (Shodai), Takushoku, Chuo, Gakushuin, and Hosei.

Funakoshi had many students at the university clubs and outside dojos, who continued to teach karate after his death in 1957. However, internal disagreements (in particular the notion that competition is contrary to the essence of karate) led to the creation of different organizations—including an initial split between the Japan Karate Association (headed by Masatoshi Nakayama) and the Shotokai (headed by Motonobu Hironishi and Shigeru Egami), followed by many others—so that today there is no single "Shotokan school", although they all bear Funakoshi's influence.

As the most widely practiced style, Shotokan is considered a traditional and influential form of karate do.

Okinawan Kenpo-Kobudo is a term that dates back to the beginning of the 20th century. It is often used as a generic term to describe all of the Okinawan Karate styles. During the early 1950’s this term came into use to describe a particular style, the karate being taught by Master Shigeru Nakamura.

Master Nakamura was born on Jan. 20, 1894. His karate training started whilst in attendance of Icchu Middle School in Shuri. It was here that both Kanryo Higashionna (1845-1915) and Chomo Hanashiro (1830-1945) were the karate instructors. Yasutune Itosu (1830-1915)as well as Kentsu Yabu (1863-1937) also made visits to the school. Upon Graduation from middle school, Nakamura Sensei returned to Nago city where he continued his training under Shinkichi Kuniyoshi. In 1953, Nakamura Sensei opened his own dojo in Nago city where he called his form of karate “Okinawa Kenpo”, he became famous for his introduction of “bogu gear”, protective equipment permitting full contact sparring.

Master Nakumura died in 1969, and the Okinawa Kenpo karate kobudo Renmei was formed and appointed his highest ranked student, Seikichi Odo (1926-2002) as Master of Okinawa Kenpo Karate. Master Odo, whose name means “world walker” began his martial arts training with judo at age 9. Four years later he began learning Okinawa-te from Sensei Koho Kuba. At age 20 Odo began to study Okinawan Kobodu and dedicated himself to preserving the old weapon ways. His kobudo instructors are some of Okinawa’s finest: Mitsuo Kakazu, Kenko Nakaima, Seike Toma, and Shimpo Matayoshi. Odo sensei began training under Grandmaster Nakamura as is his primary instructor at the age of 23 while continuing to study karate and kobodu with Master Seike Toma. At Master Nakamura’s request, Odo sensei began to integrate kobudo with Nakamura’s Okinawan Kenpo. This integration was fully realized during the last years of Master Nakamura’s life and after his death when Odo Sensei took over the dojo’s teaching responsibilities. After the official addition of weapons to the art, the system took the form it has today, and was renamed “Okinawa Kenpo Karate Kobudo”.